HAPPY APRIL 23 NATIONAL SOVEREIGNTY AND CHILDREN’S DAY TO US ALL! 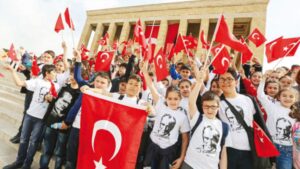 Festivals are important and special. They have a very unique tone for that day and affect us with it,make us feel different. The meaning and experiences behind the festival make it fuller and a little bit more valuable each year. And there is one festival that each year it grows yet still a child! It is both taken seriously and loved with caution like a baby. The name of this festival is April 23 National Sovereignty and Children’s Day and this festival belongs to all the children in the world.

Atatürk Has a Present For You

The founder and great leader of the Republic of Turkey Mustafa Kemal Atatürk was once a child too. A child who listened to his elders, run around playing, washed up and had breakfast with his family. Maybe he wanted to grow up like most of us and realized that childhood is indeed an important time.

Who knows? Maybe this is why he did something that doesn’t exist anywhere in the world and wanted to give an official festival for children as a gift. Perhaps this was his way of saying ‘’ You are of such importance and value that you deserve a festival just for you. ‘’

As we all know, people grow old. It is the law of nature. Then it is for sure that, people who will come after us will be the ones to continue anything we started. If you write a poem, a story or a novel, after a while there will be other people to read them. And then others…Just like the torch handed on in Olympics, we live handing on our knowledge, experiences and values and in a way, we live through them.

al Assembly of The Republic of Turkey opened its doors and declared its national sovereignty. In 1924, it is decided to celebrate this day as a festival. And 5 years later, Atatürk gave this day to children as a present and for the first time in 23rd April 1929, the National Sovereignty and Children’s Day is celebrated. 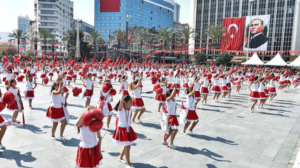 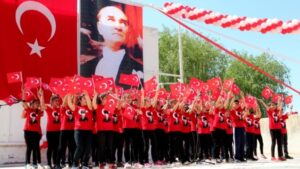 ”Attention, please! In this day,
we are declaring
national sovereignty!
Children! You  are going to protect and raise it!”

From that day to this, preparations start even before the 23rd of April. The importance of the day is expressed through the poems kids learned, songs they sang and shows that prepared. However, perhaps the most evident proof is kids learning and remember this day. National sovereignty continues to grow in kids’ hearts with them.

‘’The rising new generation! The future belongs to you. 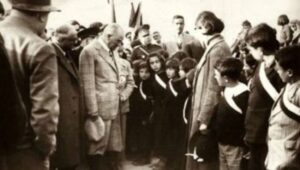 We established the Republic;
It is you who will raise and sustain it! ‘’ 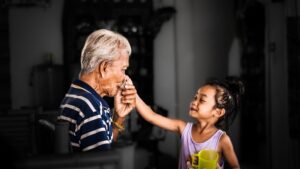 When we say April 23 National Sovereignty and Children’s Day which will celebrate its 100th birthday this year belongs to all the children in the world, we also mean those who were once children as well! Festivals are more enjoyable when elders tell about the old days. And on April 23rd, with two children with a relatively huge age gap coming together, a much magical sight shows up.

Little Ladys And Gentlemen, Let Us Have You In The Seats Please! 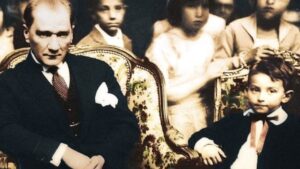 Aside from the celebrations in festival day, there is also a long-standing tradition in Turkey. The tradition is children sitting on adult’s chairs on the morning of April 23. These seats can be ranging from state authorities to parents working place seats. The tradition is also a symbolic demonstration of the expression of Atatürk which is ‘’ Today’s youth is tomorrow’s future.’’

Turkish4 family wishes happy April 23 National Sovereignty and Children’s Day to all the children in the world no matter what age they are!

You can read and listen to this article in Turkish

Listening to this article will help you to improve your understanding of Turkish and your pronunciation.